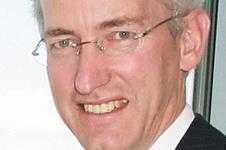 David Higgins, former chief of English Partnerships, will be formally voted into role in July

David Higgins, chief executive of the Olympic Delivery Authority, has been appointed as a non-executive director at Network Rail.

Higgins, who is also the former chief executive of English Partnerships and Lend Lease, will be formally voted into the role by Network Rail members at the company’s annual general meeting in July.

Rick Haythornthwaite, chairman of Network Rail, said: “David brings a host of skills, experience and expertise with them that will be of great value to the company as it faces the challenges of the next five years and beyond."