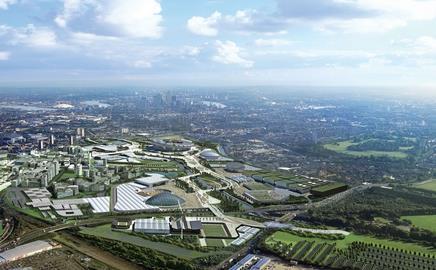 The Olympic Delivery Authority (ODA) is to receive a profit share from house sales in the £4bn Stratford City scheme under a deal to be sealed within the next two weeks, write Sarah Richardson and David Blackman.

Two consortiums, one led by Lend Lease and the other by Bouygues and Barratt, are shortlisted for most of the scheme. Negotiations over the deal were originally due to conclude last November, however they stalled when bidders demanded a subsidy to ensure they made a profit on the scheme’s 4,500 homes.

Building understands that the ODA is on the verge of loaning money to the winning developer in return for a share of any profit from sales.

The developer would receive £350-400m to build, but would pay back a share of this to the ODA and other contributors when it began to make a profit.

A source close to the negotiations said: “It looks like an arrangement will be put in place based on the overage agreements [involving reduction of land prices by the client] used to speed up development. But instead of repaying overage sums, the developer will pay back amounts linked to its profit.”

Lend Lease is the favourite to secure the contract, including the athletes’ village and the bulk of the housing, hotels and commercial developments. The announcement is expected in the next two weeks.

The ODA declined to comment. Banks financing Stratford City are discussing dividing the site between the two consortiums.