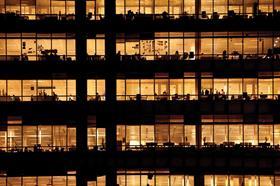 The nationwide shortage of office space is becoming more acute, as the availability of office space declined for the sixth consecutive quarter in the third quarter of this year, according to the latest RICS commercial market survey.

Across the whole of the UK 32% more surveyors said availability across office, retail and industrial properties declined, while demand for space had risen to a net balance of 44%.

Two thirds of respondents called for more councils to be given exemptions from PDRs, to encourage an increase in commercial space.

In London, 20% of respondents said PDR transactions had led to more than 10% of available commercial properties being earmarked for conversion into residential use.

In the capital a net balance of 51% of surveyors reported a rise in demand for office, industrial and retail space.

Simon Rubinsohn, RICS chief economist, said: “The Q3 results provide further evidence that the economic expansion is becoming more broadly based with tenant demand for space picking up in all parts of the country and the need for landlords to provide inducements diminishing.

“While permitted development rights is helping in a small way to boost much needed housing supply, the latest survey suggests that it is also having the unintended consequence of contributing towards a shortfall of office space in some parts of the country.

“Feedback from members suggests that this is particularly marked in London and adding to the upward pressure on rents. Moreover, there is a belief that this problem will become more pronounced if existing exemptions are removed.”