The exemplary health and safety record of the Olympic construction project has been recognised through a special award to mark the Queen’s Diamond Jubilee.

The Royal Society for the Prevention of Accidents (RoSPA), of which the Queen is patron, presented the Diamond Jubilee Award to the Olympic Delivery Authority (ODA) at a ceremony in Birmingham last night. 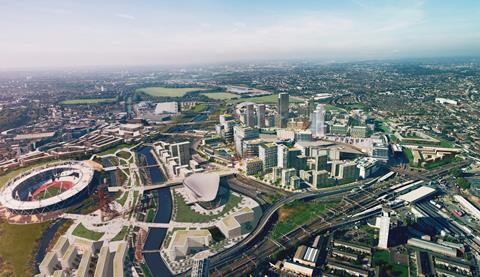 The safety record of the Olympic construction project, which at its peak involved a 12,500-strong workforce on the Olympic Park and Olympic Village was completed without an accident-related fatality.

Construction of the main sporting venues and infrastructure on the Olympic Park involved around 62 million hours of work with an Accident Frequency Rate of 0.17 per 100,000 hours - less than half the construction industry average,

Tom Mullarkey, RoSPA chief executive, said: “”The ODA’s approach to occupational health in particular, provides a shining example that the construction industry at large could learn from and follow.”

Dennis Hone, ODA chief executive, said: “We are honoured to receive such a prestigious award in recognition of the health and safety achievements of our workforce.

“The safety of the teams delivering the London 2012 venues and infrastructure has always been our number one priority and by creating a culture of teamwork and individual responsibility, incidents have been few and far between.”