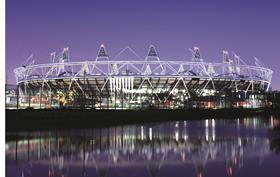 The UK arm of architect Populous, which designed the London Olympic stadium, has reported an 82% fall in pre-tax profit in 2012.

Senior principal Christopher Lee said the fall in revenue was “a reflection of the very difficult economic situation”.

He added: “Expansion into Russia, Middle East and the Far East continues to develop positively and further investment in these markets is showing positive signs of yielding significant growth in fees.”

Revenue in the UK and Europe fell 9% to £7.8m leaving the region comfortably the firm’s biggest.

Lee said: “The London Olympics was always going to be a special event for us both architecturally and financially and we planned on some reduction after it was all over. However commissions have increased in other parts of the world to compensate so our reductions were not as great as expected.

“We are also in the process of rolling out our pre-tax staff bonus and incentive programme and this accounts for much of our change in taxable profits.”