O'Rourke nips in to take prized Olympia deal ahead of Mace

Firm signs up for £1bn redevelopment

Laing O’Rourke has won the race to redevelop the Olympia centre in west London, Building understands.

The firm has signed a pre-construction services agreement for the work – having been drafted in earlier this year to provide competition for Mace which was negotiating the deal as a sole bidder.

The £1bn scheme was approved by the local council in January and has been designed by Heatherwick Studio and SPPARC.

One source said: “Mace aren’t happy but they wouldn’t be. They’re peeved with a capital P.”

Enabling works are understood to be starting, with main construction work starting in the first quarter of 2020.

The consortium has already appointed Gardiner & Theobald as quantity surveyor, Desco as M&E consultant and Pell Frischmann as structural engineer. 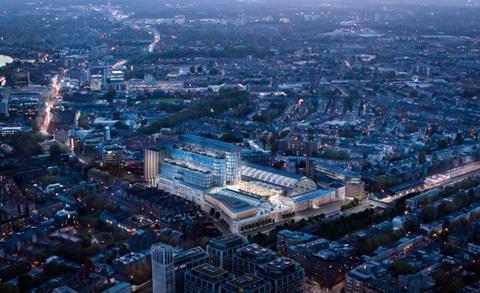 How the Heatherwick scheme will look when completed