Our future is secure 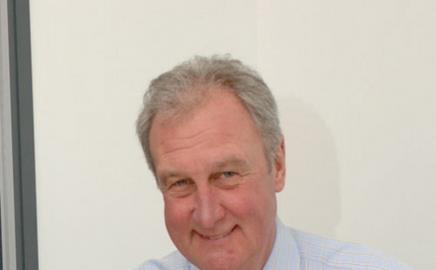 By its managing director’s own admission, Kent-based contractor EPS does not always get the most glamorous of jobs. David Anderson, head of the building services, security and maintenance specialist, can recall several occasions on which the firm has had the job of assisting distressed clients who have locked themselves out of their offices.

“It’s part of life, I’m afraid,” he grimaces. “But there are sometimes amusing stories, too, such as some of our major clients locking their safes open. There are certainly a few embarrassed people out there.”

Anderson will not reveal who has been caught red-faced over corporate security, but given the company’s client list, the mortification of the individuals concerned is easy to imagine.

EPS provides security services for many of the UK’s largest banks and building societies, including HSBC, Lloyds, Abbey National and Northern Rock, as well as supermarket chain Sainsbury’s.

The EPS group, which has a turnover of £60m, doubled the size of its security business last year from 2.5% to 5% of its operations. Before 2006, most of the firm’s security work involved securing homes for letting agents, but it has recently expanded its services into installing and maintaining safes and vaults for its large clients.

Anderson is preparing for ambitious growth. He has set EPS the target of doubling its turnover over the next four years. Most of this growth will come from the maintenance sector, which makes up about 90% of the firm’s business.

EPS’ maintenance work is concentrated in two areas: social housing and business services. It particularly intends to expand its business services work, which accounts for 20% of its turnover.

Small contractors can only compete on price. We believe we are in a virtuous middle ground

About 70% of its sales comes from work in social housing. Although the firm does carry out M&E work on new build, most of its contracts are refurbishment and reactive maintenance.

The firm has several long-term partnering contracts with councils and housing trusts, and believes the market will remain stable. Few of its rivals offer an in-house maintenance service – Mears and Inspace are the notable exceptions.

“Previously, a lot of contracts were put to big contractors and their subcontractors, but their service delivery didn’t keep pace with the promises they made. Smaller contractors can only compete on price. We believe we are in a virtuous middle ground,” says Anderson.

EPS plans to expand beyond its South-east stronghold towards Bristol and the South-west. Anderson says he does not

intend to make any large acquisitions – “I believe there is enough potential in our core markets to grow without acquisition” – but he says it may take over a small locks company to further expand its security offering.

Anderson says the firm has been approached as a takeover target by larger firms but insists the business is not for sale.

“There are firms in the marketplace who see our specialist skills as a potential advantage to their business, but we are just not interested,” he says. “There’s enough potential out there for us already.”

If you are a small or medium-sized business and you would like advice on tax or accounting visit www.building.co.uk/smeexpert and submit a question to our experts