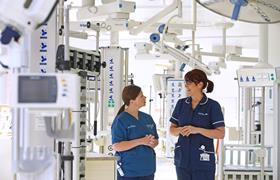 The Department of Health has kicked off procurement for the successor framework for its P21+ contracting framework, P22.

In a prior information notice published this week, the department said P22 would be a four-year framework worth between £2bn-£5bn of work.

The department said it was looking for “stable, integrated teams to deliver capital projects”. The framework is expected to be worth between £650m-£750m per year. It will be procured in time to replace P21+ when it expires in September 2016.

Buyers’ days have been arranged in Birmingham, London and Leeds over December and January to brief potential bidders further on the tender process.

Conor Ellis, head of health at Arcadis, said told Building last month he was aware of “considerable interest” among potential bidders for P22, adding: “I’m aware of several firms that aren’t currently on the framework that are interested.”