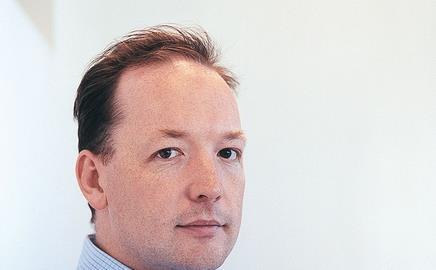 Ahead of its results, Taylor Wimpey boss Peter Redfern talks about housebuilders’ woes

Peter Redfern, the chief executive of Taylor Wimpey, has played down the furore over the firm’s clampdown on subcontractors’ prices in the wake of the credit crunch.

Taylor Wimpey sent out a letter two weeks ago asking its suppliers to cut their invoices by 5%. Redfern, 37, said: “One letter taken out of context actually gives a distorted view of things.

“Of course there is price tension. There is pressure on us so it’s hardly unreasonable to put pressure back and our suppliers view it as that. It’s normal business practice and you need look at the situation with some maturity.”

But he acknowledges the market is challenging, particularly in North America, where turnover has dropped from £1.94bn in 2006 to £950m in 2007.

He said: “It’s been tough but people have got their heads down and are getting on with it. Beyond 2008 it’s difficult to call. Let’s say there are no plans on the table to rush in there with new capital. It will come back; it’s just a case of when. But when it does we’ll be in a strong position.”

How difficult do you think will 2008 be?

It’s a very difficult one to call but I’d say people are not desperately confident right now. We expect spring sales to be subdued but a drop in interest rates may well be enough to begin the turnaround.

Where do you see the specific weaknesses?

The level of forward interest is solid but the Midlands and Yorkshire are bad. The first-time buyer market is also tough.

Are there early signs in January that enable you predict what the spring sales figures will be like?

No. Nothing that changes our direction. People are waiting and seeing.

How badly is the interest rate cut needed?

People are crying out for leadership. In the US government policy can be too accommodating of the market but last week’s

People are crying out for leadership. The UK government
is less supportive than the US

Does the UK need similar action?

Yes. The UK government is less supportive than the US. I think it needs to look at what it can do for first-time buyers in terms of stamp duty.

Can the UK avoid going down the same route as the US?

There are two reasons why the markets are different. In the US we saw 20-30% annual price ramps in the build-up to the market tipping over the edge. In the UK it was touching double digits. The other difference was house volumes in the US grew dramatically, whereas here they were static.

You have slowed down your £750m share buy-back programme. Are you worried this sends out a message that your confidence is weak?

Across the stock market the messages are of caution. Some people would find reason for caution if we were going ahead full steam. You need to get the balance right.

Why do you think Taylor Woodrow’s margins were often poor in relation to its rivals?

Its margins were below average but the merger has seen a lot of work being done in both camps and they have since improved 2%.

Are there deeper reasons for that than new synergy?

Yes, the quality of the land buying process has improved and more time has been built in for planning permission. The £70m benefit from the merger will only kick in next financial year.

Taylor Wimpey is geared at 40%. Are you worried about that figure if there is a further downturn?

In August we talked about a range of 40-60% in which we are comfortable. It will probably come down next year, although it’s too early to say by how much.