PFI report says public sector is paying too much for repairs 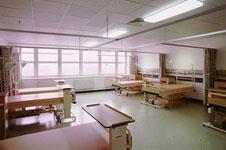 A government watchdog has called on public sector authorities to employ part-time quantity surveyors after it warned that clients are drastically overpaying for alterations on PFI projects.

The National Audit Office report into £180m of changes made to operational PFI projects in 2006, mainly in the healthcare and education sectors, has found that changes made to assets on projects after they have reached completion are often inefficient, particularly on minor works.

The report exposed wide differences in costs charged for minor changes, with the cost of replacing an electrical socket veering between £30.81 and £302.20.

The benchmark figure suggested by the Royal Institute of Chartered Surveyors for installing an electrical socket is between £51 and £103.

The report also found that the Special Purporse Vehicle set up to deliver the PFI charges a typical 5-10% fee to carry out changes on top of the cost of the alteration. This is very often not justified as the work is carried out by subcontractors.

The NAO said that very often the local authorities involved had not got the best deal for taxpayers’ money.