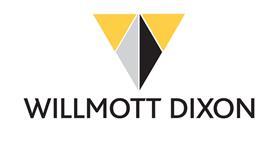 The chartered accountant and engineer is to take up the role at Willmott Dixon on 1 January 2016 following Duncan Carney’s retirement at the end of 2015.

Previously the Wainwright was a director and group board member responsible for finance at Laing O’Rourke, before joining Bryne Group as its finance director in March 2015.

Rick Willmott, group chief executive at Willmott Dixon said: “Philip’s arrival is part of our long-term strategic planning to support our corporate plans. His skill, expertise and track-record, especially in working for similarly large privately owned companies make him an ideal fit for our company and I’m confident he’ll be a great addition to our main board.”

Wainwright’s departure comes after a difficult period for Byrne Group, which this year reported its first ever pre-tax loss of £12.1m, for the year to May 2014. The firm said it experienced “significant delays” on the Sea Containers House hotel and office development on Bankside and “encountered significant difficulties” at the high-end residential development in Westminster Buckingham Gate.