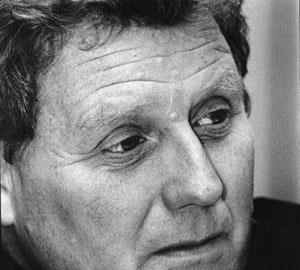 Tony Pidgley’s claim that the housing market is close to the bottom of its economic cycle has little significance for the market outside London, industry figures have warned.

The chief executive of Berkeley Group, who earned a guru-like reputation after predicting the recession of the early nineties, made the claim this week when asked for his assessment of the 2009 market.

He said: “We’re getting very close to the bottom and I would say the worst is behind us. It wouldn’t take much to see a pick-up and most of my housebuilding colleagues have seen a fair spike in activity this year.”

Berkeley only operates in the capital, and Robin Hardy, an analyst at KBC Peel Hunt, said: “In London he is probably right. There is lots of foreign money coming into the city, given the weakness of sterling, but it is a global market that is several worlds apart from places like Nottingham or Leicester.”

Other housebuilders have been muted in their assessment of the start of 2009. Andy Yallop, chief executive of £100m-turnover Croudace Homes, which is based in the South-east but not London, agreed with Hardy.

He said: “What he said is irrelevant for us. We’re fairly comfortable in terms of sales volume but that comes at a price. If you look at how far prices have fallen you would have to say it’s still very tough.”

One senior figure at a volume housebuilder added: “Tony usually gets it right but one swallow doesn’t a summer make. People are keen to seize on any good news but we’re still living week to week.”

Others were more upbeat. Phil Miller, director of Miller Group, said there was no evidence to suggest 2009 would get any worse. Another volume housebuilder source added: “We’re more upbeat than anyone thought we would have been in 2009.”