Morgan Sindall chief executive John Morgan has said the so-called pingdemic has become a “real issue” for firms as industry leaders put pressure on government to relax the self-isolation rules.

On Friday, the CLC said government needed to accelerate the easing of covid-19 rules on self-isolating and warned that projects are struggling to cope with the number of staff absences. 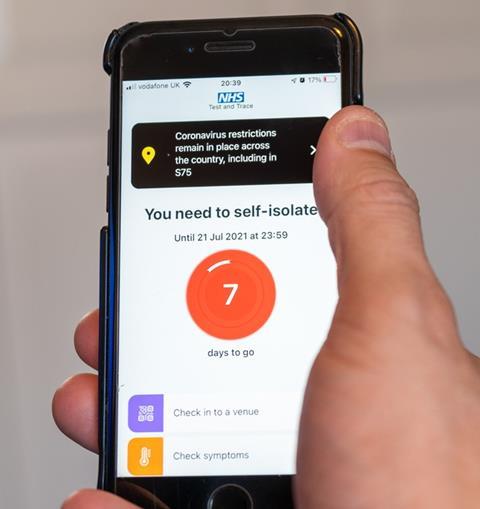 CLC co-chair Andy Mitchell said: “We have reports from across the industry of plants, sites and offices having to wind down activities as staff have been asked to isolate.

“This is putting very significant pressure on the sector, risking project delivery and even the viability of some firms.”

Morgan admitted his firm had been affected by the problems as well. “It’s manageable but it is a real issue.”

But he added, with the rules on self-isolation set to change in three weeks’ time, “a big chunk of it will go away. I’m not losing sleep over it.”

However, on Friday environment secretary George Eustice said the 16 August date, when rules are relaxed for those double jabbed and under 18, had only been announced to give people “some kind of indication”.

Meanwhile, as Morgan Sindall prepares to unveil record-breaking interim results next week, Morgan said a record order book of £581m at its fit-out business showed the office still had a future.

“We’re not suddenly going to have no offices but they are going to be different. You have to remember that firms wanting less [office] space is still work for us. All we need is change.”

Morgan Sindall is due to release its results for the six months to June next Thursday.