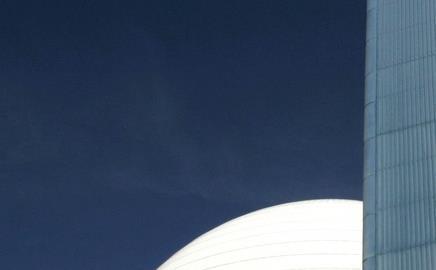 The government is considering axing public inquiries for major infrastructure projects such as nuclear power stations and airports as part of its revamp of the planning system.

Building has learned that Geoffrey Norris, Tony Blair’s Cabinet Office special adviser on trade and energy issues, floated the idea at a meeting with lobby groups last month. The idea is being considered for inclusion in the planning white paper, which has been delayed until after next month’s local elections.

Under the proposal, projects would be considered on the basis of written representations, rather than public inquiries where supporters and opponents can speak and be cross-examined. Inspectors would only deal with details, as the main development decisions would have been taken by the government.

The move to scrap inquiries has been prompted by the delays they caused to projects such as Heathrow Terminal 5 and the Sizewell B nuclear reactor (right). The inquiry into T5, the longest in British history, took four years.

The government is keen to avoid similar hold-ups, especially because of its controversial plans for a new generation of power stations.

Inspectors would only deal with details, as the main decisions would already have been taken by the government

However, the plan is likely to face legal challenges. And Michael Ankers, the chief executive of the Construction Products Association, said taking away the right to a public inquiry would be unpopular. “Politically, it would be difficult,” he said.

Gideon Amos, director of the Town and Country Planning Association, said: “They have to provide some recourse.”

Building also understands that Treasury adviser Kate Barker’s proposal to establish an independent planning commission similar to the Bank of England’s Monetary Policy Committee has sparked tensions in the Cabinet. The idea behind the commission would be to remove the political interference that besets many major projects.

David Miliband, the environment secretary, and Ruth Kelly, the communities secretary, are understood to oppose removing politicians from the decision-making process.