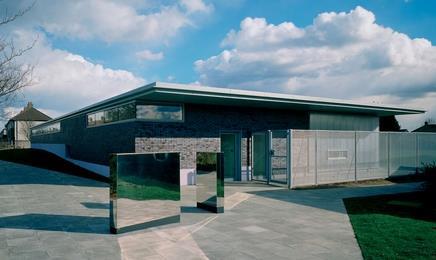 Stuart Black knows a good business opportunity when he sees one.

So he should. The 44-year-old former chief executive of social housing group Mears took a year’s advanced management course at Harvard when he left the company in January 2007.

Five months later he walked into the Essex office of public sector contractor Lakehouse. He was there on behalf of a private equity client that was running the rule over the £50m-turnover firm. The deal never materialised, but Black hit it off with Steve Rawlings, Lakehouse’s chief executive, so well that he became its chairman on 1 August.

Black recalls: “I felt Steve’s real passion for driving the business forward, which was backed up by what I could see around me.”

The fact the company ended the year to September 2007 with £2.5m in cash helped. After three further meetings over coffee at the company’s Romford offices, a deal was struck and Black took an undisclosed stake in the firm.

By holding stakes, both men knew they could put a wad of cash into their own pockets one day. “In brutal terms we felt if we sold, we would leave too much money on the table for any private equity investor coming in,” Black concedes.

Now he’s plotting to quadruple turnover in three years and muscle onto the repair and maintenance patch of his former employer, Mears.

Having a big hitter as chairman is one thing, but reaching £200m turnover within three years is quite another. The target for 2009 is £80m. So how does Black plan to get there, given the downturn?

“We’re targeting organic year-on-year growth of 20% for the foreseeable future, which will take us to £140m in three years’ time,” he says. “We’d look to acquisitions to top the figure up.”

We’re trying not to complicate the business. Nothing we’re doing is rocket science

The company gets half its turnover from social housing and the rest is evenly split between education, health and local government community jobs.

The plan is to boost the social housing element from 50% to 60% of turnover but the real change will be the increased emphasis on repair and maintenance. It currently accounts for 15% of turnover across all sectors but Black wants to see that grow to 40% in three years.

So no prizes for guessing what sort of business it would like to buy. “We’re talking to a number of repair and maintenance businesses, but I don’t anticipate concluding anything in 2009.”

Lakehouse is only looking at companies with a turnover of below 40% of its own. “It would have to be in our geographical area and in the region of £15m to £30m,” Black says.

Talk of repair and maintenance specialists raises the obvious comparison with Mears. It is understood Black’s shock resignation was prompted by a disagreement with current chairman and chief executive Bob Holt. Sources close to Mears say Black was upset when Holt tried to get too hands-on.

But Black denies there is piquancy in moving onto Mears’ patch. “I moved on a long time ago,” he says.

Black is understandably vague on whether he has an exit plan from Lakehouse in mind, but doesn’t rule out private equity involvement. “We haven’t got a preferred route. We could also look at the capital markets or bank investment.”

He adds: “We’re trying not to complicate the business. The beauty is that it’s fairly straightforward. Nothing we’re doing is rocket science.”