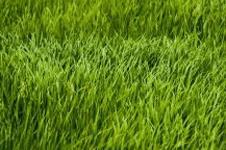 Planning delays and uncertainty about the future direction of planning policy are hindering critical energy investment, the CBI has warned today.

Launching its second Climate Change Tracker monitoring the progress of the government, companies and consumers towards a low-carbon economy , the employers' lobby group said that this uncertainty was discouraging major investments from being made that were critical to securing energy supply and reducing carbon emissions.

It said little progress had been made in speeding up the planning process over the past six months, which had prevented business from investing in new low-carbon energy, such as wind, nuclear and clean coal plants.

The CBI said that only four of the 24 key indicators being measured by the Tracker as a guide to progress towardsd a low-carbon economy over the past six months were on track.

Richard Lambert, CBI director-general, said: “Massive private sector investment will be required to get our energy system up to scratch and cut carbon emissions, but delays in implementing the Planning Act are threatening the future of these critical energy projects.

“Businesses are not going to commit to building the new wind, nuclear and clean coal power stations that will be needed to keep the lights on if they think the goal posts are going to get shifted further down the line. That is why we need the government to publish the long-promised national policy statements as soon as possible,” he added.

Lambert gave as an example that although progress had been made to develop new nuclear power and ensure a strong Europe-wide emissions trading scheme, there was still no announcement of a competition winner to build a new carbon capture and storage demonstration plant.

He said: “Progress on meeting our climate change goals has been patchy so far, but we can still get back on track if we take decisive action in the next six months. The government will need to take bold decisions to provide certainty and attract private investment, as well as setting out a clear framework and timetable for action.”