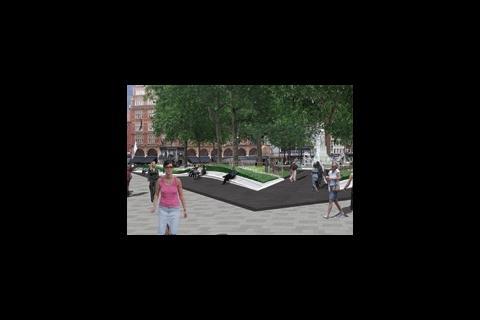 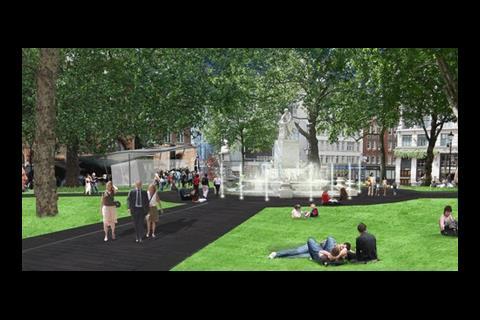 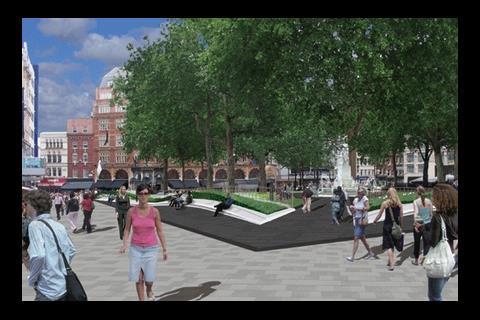 Plans for an £18.5m revamp of Leicester Square were revealed today, with Westminster City Council set to launch a search for top architects to help design the scheme.

The concept designs by urban architect Burns + Nice, show seating in the Square increased, with the main feature a 200m white granite “ribbon” seat installed around the central space.

The council also hopes to find an internationally-renowned architect to design an official ticket booth to become an “iconic addition” to the West End.

The redesign is intended to clean up one of London’s busiest public spaces so that public events such as arts and cultural programmes can be held there.

The nine streets that intersperse with the square will also be redesigned to boast a new lighting scheme and additional green spaces.

Burns + Nice has designed public realms across the capital, including schemes at the Old Bailey, Barking Broadway, and at the Royal Mint in Tower Hamlets.