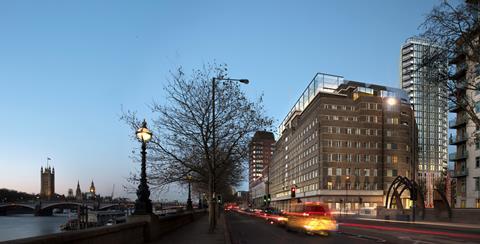 Pilbrow & Partners’ proposals for the London Fire Brigade HQ, with one of the resi towers visible to the right

Pilbrow & Partners has won planning for a £500m redevelopment of the art deco former London Fire Brigade headquarters on the Albert Embankment in central London.

The mixed-use project for developer U&I will see three blocks of flats built behind the grade II-listed Thames-side building which was the heart of the brigade’s firefighting operation during the Blitz.

WSP is also working on the project.

U+I expects construction to start on site in 2021 and be completed in 2025. No contractor has been appointed.

The site has a long and contentious planning history which saw a previous mixed-use proposal by Lifschutz Davidson Sandilands for Native Land rejected by Lambeth council and thrown out by a public inquiry in 2013 because of its impact on daylighting in neighbouring properties. That scheme would have created 265 flats.

Pilbrow’s proposals will create 443 new homes, shops, open spaces and 100,000ft2 of workspace. Some 40% of the flats will be affordable.

The consented proposals will include a new fire station for Lambeth and a new home for the London Fire Brigade museum.

Karen McCormick of U&I said the museum would “provide a world-class collection which tells the story of firefighting, from the Great Fire of London to the present day”.

The whole project is a few doors along from a trio of developments for Berkeley Homes designed by Foster & Partners, Rogers Stirk Harbour & Partners and David Walker Architects. 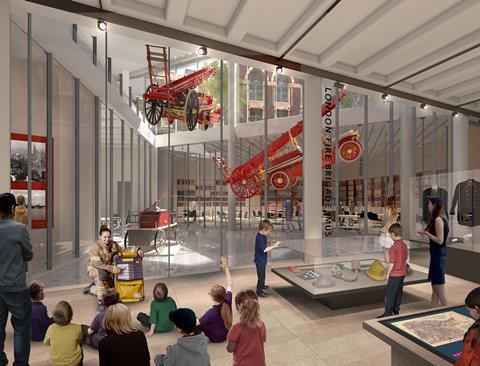