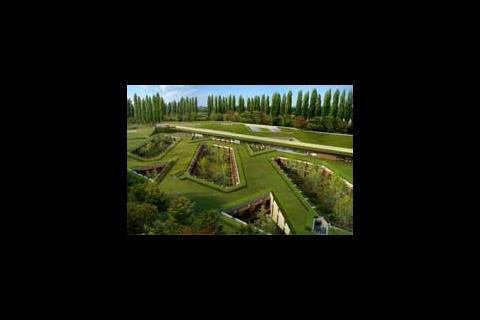 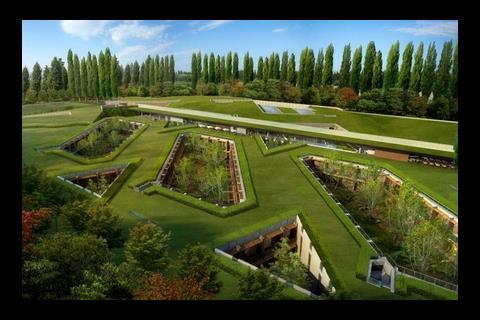 A golf club in England is to become the world’s first underground five-star hotel, designed by architects ReardonSmith.

The plans for £72m subterranean development, submitted by Claudel Venture Holdings, part of the international leisure company Arkin Group, include a 198-room hotel.

Elmbridge council is now considering the proposals, which also include a luxury spa with restaurants and bars, business facilities, as well as improvements to the golf course and a new clubhouse.

Hersham Golf Club stands in an area of natural woodland to the west of London and the hotel has been designed to blend into the surrounding environment, with the guest rooms below ground level set around sunken garden and courtyard spaces and a living green roof that reflects the natural landscape.

We are replacing existing surface buildings with subterranean ones, enhancing the landscape and visually returning land to the green belt

The total area of green landscape on the site will be increased, returning areas of ‘hard-standing’ paved surface back to grass and trees.

Mr Cahit Atasoy, CEO of Arkin Group Developments, said: "Working in close partnership with local residents, businesses, and community groups, we have created a prestigious scheme that will deliver a significant boost for the local economy.”

Sidharth Bhatia, project leader, ReardonSmith Architects, said: "Through the combination of innovative design and intelligent building technology we are replacing existing surface buildings with subterranean ones, enhancing the landscape and visually returning land to the green belt. It represents a pioneering vision and is a world first.”