Plans in for major revamp of Waterloo station

Construction expected to begin this October 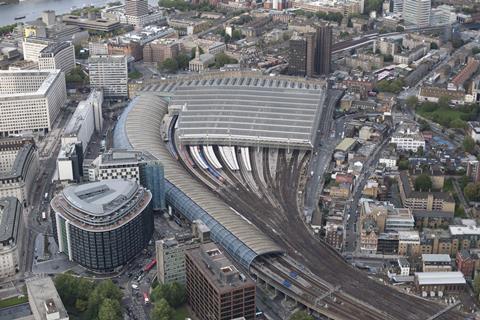 Expansion at London Waterloo train station has moved a step closer after Network Rail submitted a planning application to Lambeth council for major works to enable more trains to travel in and out of the station.

Plans include providing five new platforms for London commuter services - including the former Eurostar platforms of the now-defunct Waterloo International terminal - and redesigning the station concourse and existing platforms to ease strains on capacity.

If approved, work could begin as early as October, with rolling improvements continuing through to completion in 2017.

John Halsall, route infrastructure director for Network Rail, said: “The project to improve the railway and strengthen the bridges on the approach to Waterloo is an absolutely vital part of our plans to improve capacity at Britain’s busiest station.

“The submission of the planning application to carry out this work is an important step forward and, if approved, we expect to start work before the end of the year.”