Scheme will be built next door to new cruise terminal

A £30m four-star hotel for a new cruise terminal being built in Liverpool has been submitted for planning.

The 200-bedroom hotel, which is set to be built by Wates, will sit next to the £50m cruise terminal being built by Belfast contractor McLaughlin & Harvey on the banks of the river Mersey.

Wates was selected for the job under Scape’s National Construction framework, with work set to begin later this year once planning has been granted.

Drawn up by local architect Brock Carmichael, other firms working on the scheme include Curtins as civil and structural engineer, Ramboll as M&E engineers and landscape architect Planit. 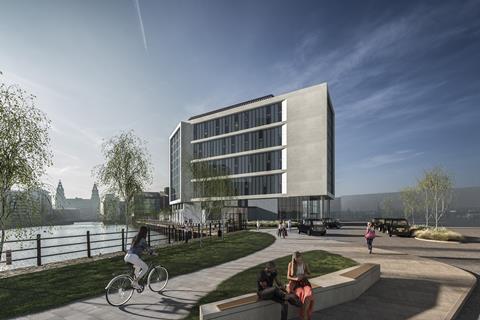 The hotel will have 200 bedrooms