A £600m mixed-use scheme that will have the fourth largest residential tower in London as its centrepiece has been given the green light by Southwark planners.

Galliard Homes and Aviva Investors have teamed up to develop a retail park on the Old Kent Road which will include a 48-storey designed by Brisac Gonzalez.

More than 1,100 homes will be built at the scheme which will feature a number of new buildings, including a 37-storey tower, designed by Alan Camp Architects.

Southwark is already home to several high-rise residential towers including the 50-storey One Blackfriars, drawn up by Simpson Haugh, and the 43-storey Strata tower, designed by Hamiltons, both of which were built by Multiplex.

And Mace completed work four years ago on the 41-storey South Bank Tower. Originally known as the King’s Reach Tower and designed by Richard Seifert, the building was given an extra 11 floors under a design masterminded by KPF. 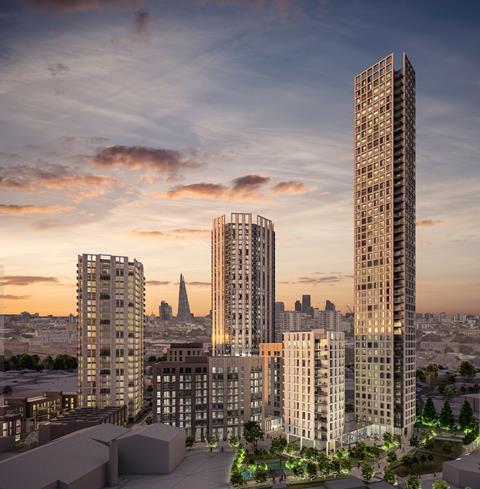