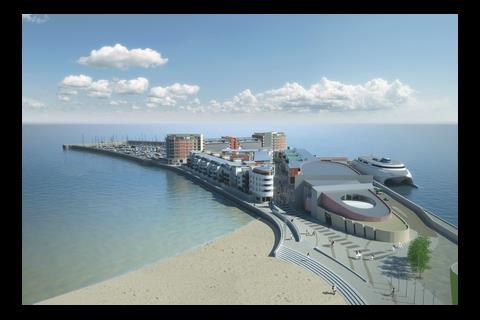 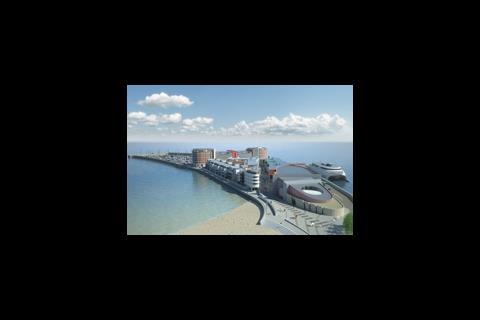 Plans for a £135m redevelopment of Weymouth Pavilion and ferry terminal have been unveiled by developer Howard Holdings.

The masterplan for the redevelopment of the Dorset seafront was drawn up by architect Barlow Henley.

The scheme includes apartments, shops, restaurants and cafes, a hotel, a refurbished theatre and marina berths, as well as a new ferry terminal building.

A planning application will be made next month, but the council has already said it is broadly in favour of the scheme despite receiving a 7,500-signature petition against it.

Opponents to the scheme, which is expected to create 400 jobs, object that it would spoil views along the seafront and could damage the tourist industry as a result.

Earlier plans for redeveloping the seafront were revised because the initial scheme was considered not sufficiently economically viable.

If planning approval is received for the new scheme, construction will start next spring, with completion expected in late 2011.