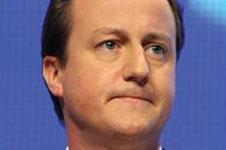 David Cameron is to launch a new drive to speed up the planning system by making it more difficult for groups opposed to major infrastructure projects to challenge them in the courts.

In a speech to the CBI annual conference today, the prime minister is expected to tell business leaders he will “get a grip” on people forcing unnecessary delays through the courts, with the government bringing forward measures to make judicial review applications cost more, as well as giving opponents to schemes less time to apply and fewer chances to appeal.

The prime minister is expected to say the legal right to a judicial review of decisions, including major infrastructure projects, has grown out of control and must be scaled back.

He is expected to say: “So here’s what we’re going to do: reduce the time limit when people can bring cases; charge more for reviews - so people think twice about time-wasting.

“[And] Instead of giving hopeless cases up to four bites of the cherry to appeal a decision, we will halve that to two”.

Cameron is also expected to launch a fresh attack on bureaucracy in Whitehall saying the government is “too slow in getting stuff done” and that civil servants must appreciate delays are felt in “businesses going bust, jobs being lost” and “livelihoods being destroyed”.

“Consultations, impact assessments, audits, reviews, stakeholder management, securing professional buy-in, complying with EU procurement rules, assessing sector feedback - this is not how we became one of the most powerful, prosperous nations on earth,” he will say.