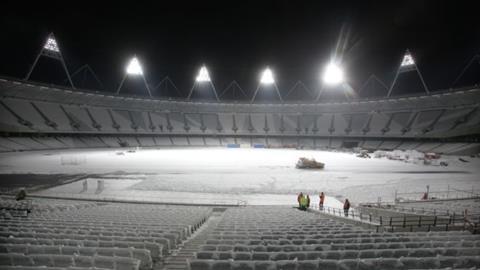 The 2012 Olympic stadium’s 532 floodlights were turned on for the first time yesterday, as the ODA announced it had completed the installation of the spectator seating.

The floodlighting has been designed for HD broadcasts and will produce the same level of illumination as around 18,000 household bulbs.

Arrays of ip to 40 floodlights will be positioned 70m above the running track on 14 towers each weighing up to 35 tonnes.

The towers were designed by Populous and the electrical work was carried out by T.Clarke.