Prasad and the RIBA council 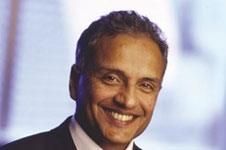 In an article published on our website, Building alleged that a “faction” of senior RIBA council members, understood to include president Sunand Prasad, were to use a council meeting to call for a “radical restructuring” of the RIBA. We would like to state that Sunand Prasad is not part of any “faction” of members and no evidence emerged at the meeting to support these claims. In addition, major RIBA decisions are taken either by the council or its delegated boards and would not, as we stated, depend upon the approval of the RIBA executive. The story highlighted the RIBA’s recruitment of a new chief executive in the context of these claims. It did not make clear that Richard Hastilow’s handover of the role is due to his planned retirement from the RIBA in 2010. Building apologises to the RIBA, Sunand Prasad and Richard Hastilow for the inaccuracies and for any offence they may have caused.