Façade and cladding specialist Prater sank into the red last year with the firm blaming the impact of covid-19 and a problem job for its financial woes.

The firm, which has been owned by German firm Lindner for the past decade, said it racked up a £9.4m pre-tax loss last year from a £2m profit in 2019. 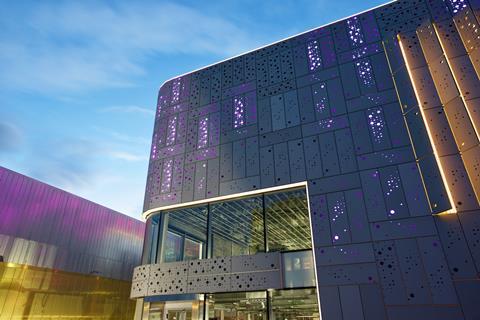 Prater, whose recent projects in the past few years have included the Stirling Prize-winning Bloomberg building in the City of London as well as the new No1 Court at Wimbledon, both completed by Sir Robert McAlpine, said turnover slipped 30% to £65m.

In accounts filed at Companies House, it said covid and Brexit uncertainty had eaten into its bottom line while it had to make a provision for remedial work on “one significant project”.

It added that it had been forced to cut staff numbers with the accounts showing the average number of people employed at the business was down 30% to 261.

Prater, which was handed £1.1m in government grants during the period, said its order book for the current year and beyond “remains strong” thanks to HS2, nuclear and other infrastructure projects.