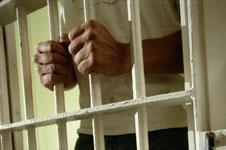 A committee of MPs has warned that plans to increase the number of prisons places in England and Wales to 100,000 is likely to prove a costly mistake.

The £4.2m programme involves building five new 1,500-place prisons, plus other new jails and housing blocks in the ground of existing prisons. However, a report published today by the justice select committee said the programme was preventing money being spent on alternatives to custody and called for the current prison population to be reduced by 27,500 to 54,100, with a significant reduction in the next five years.

Its said the prison building programme would prove to be a “costly mistake””.