Procurement: the price is tight 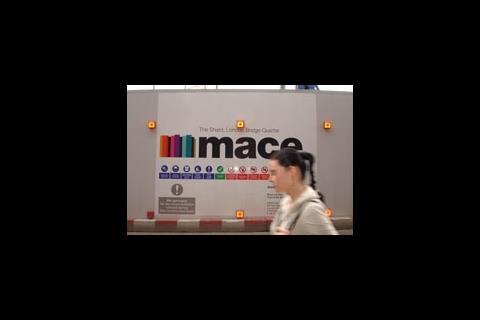 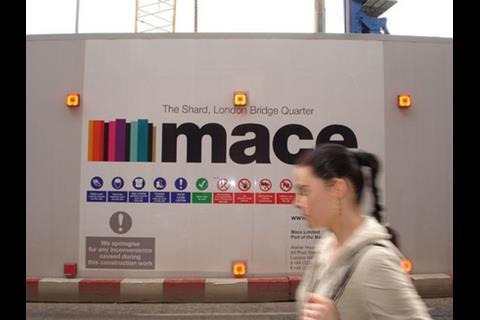 Developers should think twice before putting the squeeze on contractors

From the Gherkin, to the Willis building, to Plantation Place: the skyline of the city of London is testament to a decade of collaborative working on major construction projects.

But with the industry is now in a new era of recession, the picture could be about to change. “The kneejerk reaction is everyone wants work, so send out a lump sum contract and therefore miraculously all your problems will be solved,” says Keith Brooks, head of property at consultant EC Harris. “I think it's a lazy approach to procurement, but there are people out there taking the short term view.”

Construction entered 2009 with its sharpest falls in output since the eighties. New orders in the office sector fell more than 40% in each of the last three quarters. Against this backdrop, an increasing number of construction firms are bidding low to keep order books up, with some even bidding on the basis of making no profit to try to secure what work there is.

They are being encouraged by clients who, anxious to get the cheapest price available, are turning away from partnering arrangements and collaborative working to single stage, lump sum bids. However, the accepted wisdom is that contractors who go down this route will attempt to claw back money through the courts, so clients who allow them to do so may be storing up problems for the future. This is leading some of the UK's biggest commercial developers to look at other ways of reshaping procurement to keep costs down when the upturn comes.

Peter Fordham, of cost consultant Davis Langdon, says that the drift away from partnering is becoming more pronounced as the recession deepens. In a market forecast prepared for Building magazine, he said: “Impossible twelve months ago, contractors are now willing to enter single stage design and build competitions with as many as six bidders. Clients are increasingly seeking to use the single stage competitive tendering route as they realise this is likely to secure their cheapest possible entry price.”

This is a pattern across all construction sectors, but the commercial office market, one of the hardest hit by recession, is key. London office rents are expected fall until 2011, and according to the Construction Products Association. The association forecasts output will fall 35% this year, 28% in 2010 and a further 2% in 2011. This means that, even though most office developers are not procuring at the moment, the single stage route is likely to remain attractive when the market improves.

Construction prices are expected to plummet by a further 6% to 9% over the next twelve month as the workload of contractors shrinks. A further contraction is possible in 2010. Davis Langdon forecasts that construction prices in the UK will decline by 3% to 5% over the year to the first quarter of 2011, which puts clients in a strong position to push for lower prices.

The 312m-high Shard in London Bridge Quarter, being developed by a Sellar Properties-led consortium, is one high-profile example of the effect of downwards pressure on costs on procurement. One of the few major office developments to be moving ahead during the recession, the procurement route on the Renzo Piano-designed scheme was altered from construction management, where the client bears the risk of cost overruns, to fixed price at the end of 2007, 18 months after the scheme was originally procured.

Mace, a contractor originally in talks to build the project under a CM route, has taken the scheme on under a guaranteed maximum price deal worth in the region of £425m - the first major fixed price deal in its history. The scheme had been subject to funding concerns even before the recession; however, the changing mood in the UK construction market has put clients such as Sellar in a stronger position to adapt procurement routes to get cheaper deals that carry lower risk. As well as altering the route, it is understood that Sellar was able to get Mace to reduce its first bid by at least £15m.

Securing a cheaper price is one thing, but procurement experts have drawn attention to the potential problems this could trigger. Fordham explains: “Falling prices may be seen by some clients as a golden opportunity but they should be aware of the dangers that may accompany the acceptance of tenders where contractors have seemingly offered to do the job for free. These contractors will surely look for every opportunity to maximise payments for variations and claims.”

The likelihood of disputes and solvency problems further down the supply chain - both of which can add to the client's final bill - are also increased by more aggressive tendering, as contractors seek to make savings from their subcontractors in order to re-establish a profit margin or to match the cuts demanded by their clients. On the Shard, Mace has already let two of the major subcontract packages - steel and concrete, worth £50m apiece - to rival subcontractors of those it consulted on its original bid, having gone out to the market and found the costs came in lower.

Fordham recommends that clients should ensure some of the savings made through lower tender prices are retained as a larger contingency fund to deal with claims and issues like insolvencies, to stop these producing a nasty shock for the client at the end of the contract. “Whilst some contractors are keen to agree accounts and maintain cashflow, there are already examples of excessive opportunistic claims,” he says.

But there are also other options. “My view is single stage tendering is too simplistic,” says Brooks of EC Harris. “Clients should be looking at ways to control their supply chain more tightly, and to achieve cost reductions. Then they can pull these together in a contractual form, whether that's CM or JCT [one of the main fixed price construction contract forms]. The clients who will win in the medium to long term are those who are really thinking about the market and who are engaging in a different way.”

With precious little building taking place in the commercial office sector at the moment, several major developers are taking the opportunity to review their supply chain arrangements and establish ways they can work with established partners to lower costs. British Land and Quintain are among them, and it is understood Land Securities is carrying out a similar exercise.

Richard Elliot, head of construction British Land, says: “We're not actively procuring anything at the moment. We are using the time to look at issues with design and look at procurement. It's an internal exercise at the moment and we fully anticipate we will widen those discussions.”

Quintain has gone down a similar path. James Saunders, the managing director of Quintain's commercial ventures, says: “The market's changed dramatically in the past year, so relationships have become more and more important. Few developers can promise large contracts at the moment but when we do, we want to know exactly who we have working for us.”

The firm is currently ramping up its SC2 initiative - a supply chain accreditation scheme which it originally set up to find innovative partners for sustainability, but which it is now using to encourage improvement on other areas, which Saunders says include price and innovation.

Saunders says: “We don't just want to have relationships with main contractors, but with specialist contractors too. We've now got more time to invest in relationships and we are trying to find long term partners that we can use and reuse. We want to create innovation so that we can best deliver to the requirements of our sites.”

Elliot says that British Land is still committed to partnering with the firms who have served it well in the past: “Our strategy is unlikely to change dramatically from working with people who we've worked with before, and bidding packages to tender lists, in certain instances some to single bidders.”

However, he acknowledges that the nature of those deals is likely to change - including, potentially, a move away from construction management to contractual forms where the client bears less risk. “We will inevitably make adjustments to the way we work. In terms of procuring major work we may review the route we use. CM has been used extensively and we may well move away from that in certain instances.”

This shift is likely to be the most common change to come out of the recession: if firms use partnering and collaborative relationships, they are likely to do so with much more emphasis on reducing the final costs of schemes, and so will often resort to a fixed price contract even after extensive negotiations - as happened on the Shard.

Construction firms are likely to be helpful in this regard - if only because, with less work available, they want to remain in with a shout. This is particularly the case given the expectation that developers will follow the example of main contractors in the sector to rationalise supply chains.

This pattern was already apparent before the recession by large firms in the sector, such as Bovis Lend Lease, which set up a prequalification system for suppliers, Building Confidence, in partnership with Achilles. British Land confirmed in April that it has also signed up to use the list to help it rationalise its own supply chain.

Closer management of the supply chain will also become necessary to attract bank funding in a new era of nervousness, according to Brooks. “In the new world, people who will lend debt finance in the future will need clients to demonstrate the management of risk. And if they want control they've got to become more involved.”

That there is appetite for closer collaboration despite the economic imperatives of the current market is borne out by a recent study carried out by the Construction Clients Group and Business Vantage, which interviewed 48 companies from both sides of the supply chain on the subject of partnering. The ensuing report, equal partners, reports that closer collaboration is in the interest of all parties and concludes: “The industry is at a cross roads, and the key issue is does it dispose of 15 years of industry reform and improvement, or does it plot a different course and take collaboration to the next level?”

This article is from the recent Skyline supplement. Read more in the digital edition of Skyline: new trends in office building and development