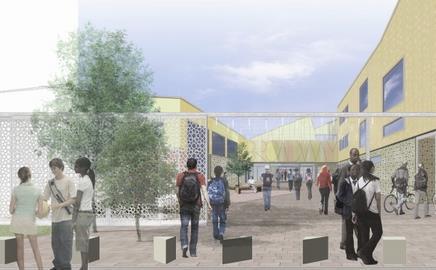 The announcement this week that the first phase of Birmingham’s £2.4bn Building Schools for the Future (BSF) programme has reached financial close is proof that there is still appetite among investors to fund even the largest BSF projects.

Nationwide and the Co-operative Bank are funding the debt financing on the £180m first phase of the project, which will be developed by Catalyst Lend Lease. The two banks will fund £50.8m between them.

A project source revealed that future phases were expected to be signed relatively soon, saying, “We hope the funding will be in place for phase three by the end of this year.”

Building work on the contract, which will be spread over six phases, is due to complete by 2024. The deal with Catalyst Lend Lease will run for a 25-year period.

Sixteen architectural practices will work on the project, and 30 local companies are already signed up to be part of the supply chain for main contractor Bovis Lend Lease.