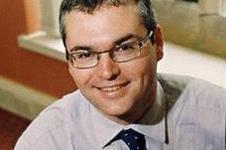 Turner & Townsend has said “prompt action” to cut its cost base has maintained its pre-tax profit.

The company has cut at total of 90 staff, which was equivalent to 7% of its UK workforce.

A statement said: “Although some reduction in staffing has been necessary, we are pleased that T&T has not been forced to make large-scale redundancies, and has not needed to implement the flexible working arrangement that our staff signed up to earlier in the year.”