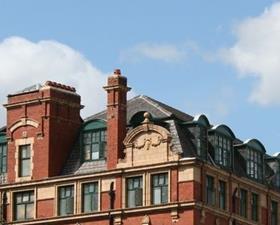 Heritage and property groups including the Federation of Master Builders (FMB) have slammed the government for its proposal to levy 20% VAT on alternations to listed properties.

The groups – which also include the Countryside Alliance and Historic Towns Forum – called for the government to perform another U-turn on the budget proposal in a letter to The Times.

Chancellor George Osborne has already offered a £30m package to help church groups affected by the change, but the campaigners accused the government of doing “nothing” to help historic community centres, town halls, village halls or privately owned residences.

The campaigners also criticised the Treasury for using “insufficient evidence” to back up the proposal.

They criticised the Treasury’s claim that one aim of the policy is to tackle an “anomaly” through which millionaires can install swimming pools without paying VAT because they own an historic home.

But the campaigners said they had looked at more than 12,000 applications for alterations and found only 34 related to swimming pools.

The groups say half of people who live in listed buildings are in the lower socio-economic groups C1, C2, D and E.

The campaigners also questioned the Treasury claim that the majority of work being carried out is “not necessary for heritage pruposes”.

They claim the figure is based on 105 cases out of 30,000, having obtained the data under Freedom of Information Act.

Brian Berry, chief executive of the FMB, said: “The evidence presented to the government so far is inadequate, which makes it even harder to believe they still want to rush through this tax rise that will put our historic buildings at risk.”