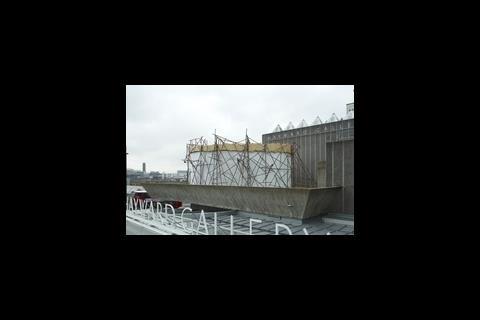 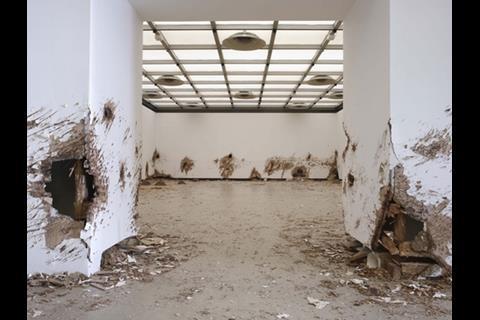 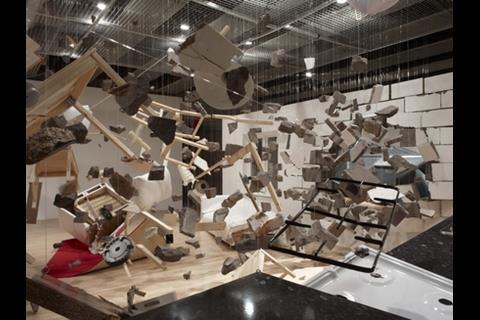 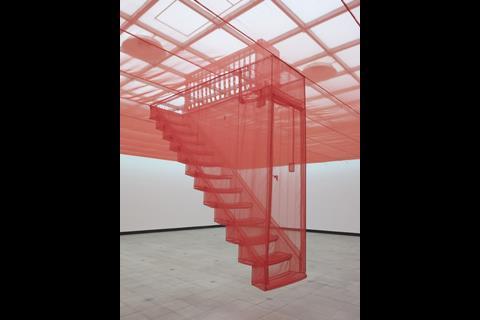 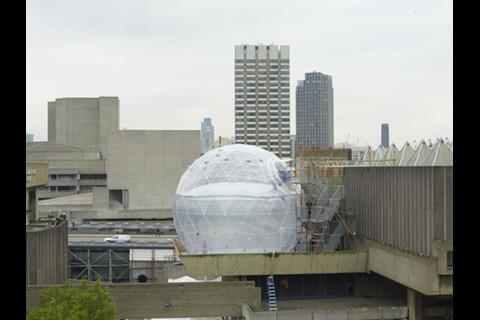 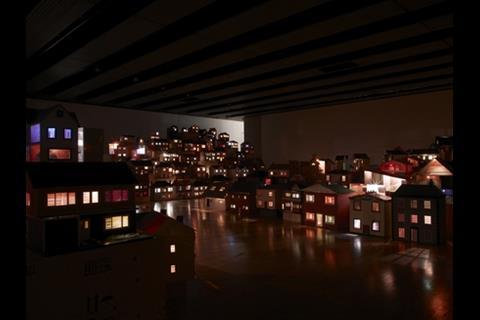 Artist-designed 'architectural environments' have taken over the South Bank's Hayward gallery, radically altering its external appearance as well as occupying the interior spaces.

The installations, which include a giant, air-supported observatory dome of iridescent fabric by Argentinean artist Tomas Saraceno, form the gallery's Psycho Buildings exhibition, part of its 40th anniversary season.

Saraceno's observatory dome is suspended over one of the Hayward's sculpture terraces, providing visitors with an environment from which to observe the sky.

UK sculptor Rachel Whiteread is also contributing to the exhibition, with her “Village” installation featuring 200 doll's houses arranged in rows as on a hillside, lit from within.

Cuban collective Los Carpinteros' “Frozen Study of a Disaster”, depicting the moment of an explosion with construction materials suspending as if flying through the air, has been reworked for the occasion.

Altogether the show will feature habitat-like structures and architectural creations by 10 artists, including Brazil's Ernesto Neto, Korea's Do-Ho Suh, and Mike Nelson from the UK.

The scale of many of the works means that the artists have spent as much as a month putting the installations in place in the gallery. The show will continue until 25 August.