PwC clocks up £20m in Carillion fees in two months 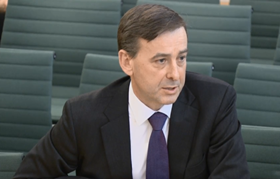 Carillion special manager PwC has earned more than £20m in the first eight weeks of the company’s insolvency, MPs running the inquiry into Carillion’s collapse have heard.

PwC partner and special manager David Kelly (pictured) revealed his firm had charged £20.4m in the two months since the company went under in January.

Explaining the fee, Kelly said his firm had charged around £3m a week for the first two weeks, with that number decreasing to £1.4m a week more recently as the number of staff working on the project dropped off.

“In that 12-hour period we got 175 of our people to drop what they were doing, we briefed them, and then on that Monday morning they were there standing alongside the Carillion team to ensure those essential public services were delivered.”

Despite being pressed by business committee chair Rachel Reeves and Tory MP Stephen Kerr, Kelly said he had no idea how much PwC would earn during the liquidation.

“It is impossible to assess what it is going to cost because of where we are in the process,” he said

The firm would have a more solid idea of the total cost by June, Kelly added, but he said he did not expect to invoice at the same rate between now and then.

Kelly said his personal charge-out rate was £865 an hour.