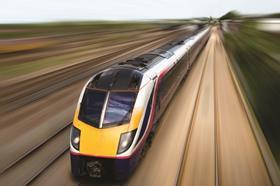 The CBI has called on the government to reform the planning process to speed up the delivery of major infrastructure schemes, ahead of the Queen’s Speech later today.

CBI deputy director-general Katja Hall said: “The government has talked a good game on infrastructure but the pace of delivery has been sluggish.

“Improving the pre-application phase of the planning process and moving towards a one-stop-shop for planning consents, should help to streamline the system and get much-needed projects over the start line and onto the home straight. But more than anything else we need to see bold political will to achieve this.”

Hall also called for reform of the Highways Agency: “Transforming the Highways Agency into a Government-owned company, with flexible five year budgets, would stop it from getting bogged down in stop-start cycles and enable it to act more strategically and deliver improved road networks.”

Hall also called for reforms to help SME suppliers: “Changes to make it easier for small and medium-sized businesses to tender for public sector contracts, including a one-off registration process are much-needed.

“Growing businesses rely on cash flow and are too often hampered by late payers, so we back a ‘comply or explain’ system for payment terms of more than 60 days.”

The RICS also published a wish list for the Queen’s Speech, including policy requests on garden cities, broadband provision, infrastructure and fracking.