Contractors have been invited to bid for the £2.25bn Thames Tideway Tunnel scheme 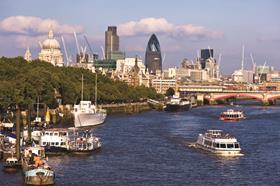 Contractors have been invited to bid for up to £2.25bn worth of work on the Thames ‘super sewer’ scheme.

Thames Water went out to tender this week for contracts for the design, construction, commissioning and interim maintenance of the Thames Tideway Tunnel.

The main tunnel will be up to 7.2 metres in diameter and 25kms long, running from Thames Water’s existing operational sites at Acton Storm Tanks and Abbey Mills Pumping Station.

The tender said firms will be able to express an interest in multiple lots, but will not be appointed to more than one lot.

Both single contractors or consortia will be able to submit expressions of interest, with the deadline set for 13 September.

The starting date for the contract is May 2015, with completion set for March 2023.

Thames Water also announced it had again pushed back its procurement of an infrastructure partner, expected to include construction firms, to oversee the project.

The infrastructure partner will both finance and deliver the project with its own license from water regulator Ofwat.

The procurement of the partner will now not start until 2014 over six months behind its original timescale.

It had expected to release a tender for the job this spring but in January it pushed this back to autumn 2013.

A Thames Water spokesperson said the latest delay was because the finance competition, which firms part of the tender process, could be shortened allowing procurement to start later.