HS2 has started the search for a team of specialist ground investigation contractors to work on the northern section of the route. 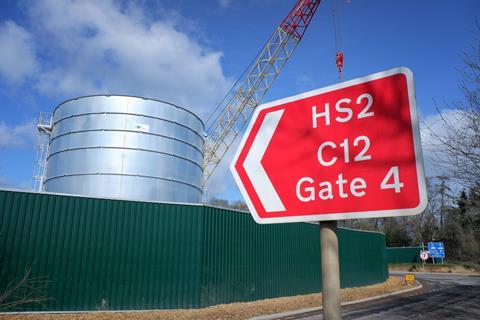 HS2 said the flexible approach would allow it to call on as much technical expertise as required, depending on design needs and the outcome of the government’s Integrated Rail Plan (IRP), which is expected to be published later this year.

While the IRP, which was originally due to be published by March, is yet to be revealed the government has instructed HS2 to proceed with legislation for the Western leg of Phase 2b – from Crewe to Manchester as a priority.

The procurement is for an initial eight-year framework, with the option to extend for a further two years. It has been split into two lots.

The ground investigation partner – worth up to £85m – will be responsible for managing and coordinating the packaging of GI works as well as the planning and the implementation of GI site enabling works.

The GI contractors – worth up to a total of £215m – will be responsible for the acquisition and formal reporting of geotechnical, hydrogeological and geo-environmental data through surveys, the excavation and detailed logging of exploratory holes, and high-quality in-situ and laboratory testing.

Despite the launch of the contract opportunity, HS2 said the deal did not commit it to any spending at this stage.

Bidders will be shortlisted towards the end of the year with the contract award expected in 2022.