Redrow reports housing reservations down by half 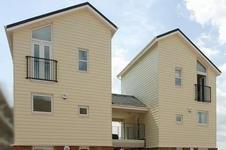 Housebuilder points to unexpected severity of market downturn since February

Redrow has said that housing reservations are at half last year's level after a sharp downturn in the market since February.

In a trading update, the UK housebuilder said: “The trading environment has deteriorated to an even greater extent than we anticipated at the time of our interim results announcement.”

It also said that Redrow's order book is 26.5% down on last year and that the previous cancellation rate of 20% has “experienced a marked increase since Easter” although it did not reveal the new figure.

The warning follows recent figures from the Home Builders Federation showing a 66% fall in reservation levels at the end of April.

As a result of what Redrow called the “severe restriction in the availability of mortgage finance”, legal completions were expected to be 10% below its previous forecast of 4,200. The new figure of 3,800 is 21% down on last year's total of 4,823.

The company has made more redundancies as a result of the weak market. It said: “Site and office overhead costs in the business remain tightly controlled to reflect lower levels of activity and we have made additional headcount reductions in the last few months.”

The group also announced that its gearing is now “slightly higher” than previously anticipated, although it stressed it is still operating “well within” its bank facilities of £480m.

Citigroup analyst Clyde Lewis said recent merger speculation with Bellway looked to be wide of the mark, given the figures. He said: “We believe recent bid speculation is misplaced, as we see limited interest from any outside parties or industry players at the current time.”

Redrow's share price was 3% down in early trading at 283p.