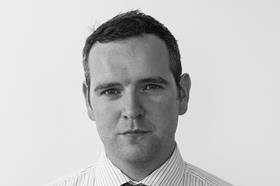 The two maps display all projects included in the most recent Government Construction and Infrastructure Pipelines and have been upgraded to make them quicker and easier to use.

Users are able to search for planned projects in specific sectors such as energy, highways, health and housing and regeneration.

The latest construction pipeline data, which was collated for the government by Barbour ABI, was released earlier this month and included projects to the value of £119bn.

Michael Dall, lead economist at Barbour ABI, said: “The government construction and infrastructure pipelines are valuable tools for companies of all sizes, providing details of upcoming projects and programmes and allowing them to plan ahead and identify short-term contract opportunities.

“Since Barbour ABI was chosen as the preferred private sector partner for the tool, following a competitive tender process, we have been working closely with the government to develop this resource. The new, improved interactive maps make it even easier for the industry to access projected economic infrastructure and government spend, specific to their area.”

The interactive portal, can be accessed from www.uk-cip.org.uk. Clicking on a project on the map reveals a summary of the proposed work, status and timings, and details of the expected cost.