Repair and maintenance market on the mend 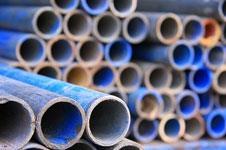 Construction product group SIG says the repair and maintenance market is beginning to improve after a steep fall.

In an interim trading statement for the year so far the firm said that activity in the residential repair and maintenance sector, which accounts for a third of its sales, are improving in 2010 after a steep fall in 2008 and stabilisation in 2009.

However, the group’s sales in the UK non-residential market have continued to decline in 2010, though at a slower rate than in 2009. The statement said that the market has been supported by publicly-funded schools and hospitals work.

The group is continuing to restructure in order to reduce costs.