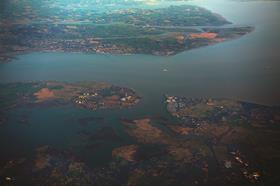 Four new river crossings, including a new Tunnel at Gallions Reach, should be built across the east Thames in order to unlock a “wave of regeneration” in east London and Kent, a new report has argued.

The report by think tank the Centre for London calls for four new crossing in the east Thames, including Transport for London’s proposed Silvertown tunnel, which is expected to be completed by 2021.

It said that further east there should also be a new tunnel crossing at Gallions Reach, to be completed by 2024 at the latest, which should be supplemented by a new crossing at Belverdere-Rainham and a new Lower Thames Crossing.

It said that of the three additional crossings, Gallions Reach should be prioritised first, but said that all four crossings would be needed due to the historical lack of investment in crossings in the east Thames.

The report estimates that the new river crossings would cut journey times by up to 40 minutes; catalyze the development of 45,000 homes through to 2031; help improve the productivity of existing firms in the area by over £55m per year; and lead to the development of 60,000 jobs to 2031, with an over £1bn annual boost to the economy as a result.

The report said: “Investment in new crossings is now so long overdue that what is required is not one new crossing but a package of four, supporting a wave of new development travelling eastwards along the Thames.

“Although each crossing will have a different role, and will come forward at a different time, we are convinced that all four will need to be built in order to achieve the maximum economic benefit, while minimising impact on local roads and local communities.”

There are 17 road crossings on the 20 miles of the Thames west of Tower Bridge, but just three - the Blackwall and Rotherhithe tunnels and the Woolwich Ferry - to the east before the river reaches Dartford.

The four crossings are estimated to cost £3bn-£7bn, depending on the options chosen, with the report recommending the projects be paid for by a combination of tolls and public funding.