Retrofit grant scheme money to be clawed back by government

The government is set to claw back most of a £1.5bn fund for retrofitting homes because delays getting the money to householders means it is unlikely to be spent by next month’s deadline.

The Green Homes Grant, which launched at the end of September, included £1.5bn for householders and was set to run to 31 March but just £71m, or 5% of the monies had been spent by 22 January. The government has announced unspent funds will not be rolled over beyond next month despite the scheme being beset by delays distributing the funds to householders. 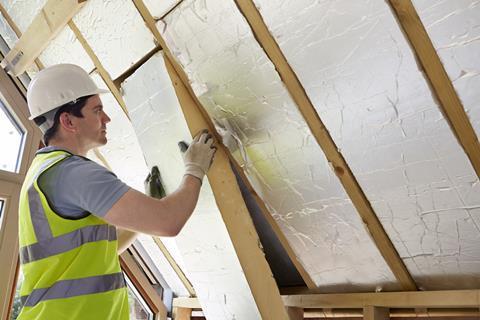 The scheme was billed as being part of Boris Johnson’s 10-point plan for a green industrial revolution and offers two thirds of the cost of installing a basket of measures including insulation, heat pumps and double glazing. Householders can claim a maximum of £5,000, with low-income households eligible for up to £10,000.

The contract to administer the scheme was given to an American consultant called ICF. According to a report in the Guardian, householders have been waiting several months to receive the vouchers which are needed to pay installers for the work with some installers having to lay staff off because of a lack of work.

> Opinion: The Green Homes Grant fiasco is such a missed opportunity

Business minister Anne-Marie Trevelyan revealed in a parliamentary answer that unspent funds would not be rolled over into the next financial year.

This leaves a fund of £320m for the UK’s retrofit programme for the 2021-22 financial year which was announced by the chancellor as part of the spending review and was an extension to the original £1.5bn scheme.

John Alker, the director of policy and places at the UKGBC, said he was “extremely disappointed” by the news the money was not being rolled over to the extended scheme announced by the chancellor.

He added: “Stop-start policy of this kind is extremely counter-productive for businesses looking to invest in delivering a green recovery and it is disappointing to see that lessons that should have been learned from the fate of previous schemes appear to have been missed.”