Revealed: Currie & Brown in administration at time of sale 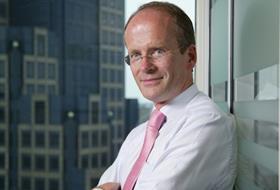 On 23 May, the day of the aquisition, Currie & Brown Group Ltd entered administration and transferred management of its final salary pension scheme to the government-backed Pension Protection Fund (PPF), administrator Deloitte has confirmed.

The administration allowed Dar Group to acquire all of Currie & Brown’s trading subsidiaries and selected assets, without taking on the holding company’s pension scheme liability.

Deloitte said Currie & Brown opted for the pre-pack because administration is one of the “triggers” that allows the PPF to take over management of a pension scheme.

Currie & Brown chief executive Euan McEwan told Building the firm had been “struggling” to service its pension deficit but claimed the pre-pack administration and sale to Dar Group was a “win-win situation”, as it had allowed the firm to “protect 600 jobs”.

However, Deloitte said the holding group’s shareholders - the “vast majority” of whom were employees - received no payment for their shares.

The administrator also estimated that one of the holding group’s largest creditors - Lloyds Banking Group - will have to write off half of a £7m loan to the company.

Current Currie & Brown employees who are members of the final salary scheme will also lose out, as the PPF limits pension payments on retirement.

Under PPF rules, annual pension payments are limited to either 90% or a cap of £30,644.85 for all members who have not yet retired.

The PPF was unable to disclose how many of the final salary pension scheme’s 462 members were current employees of Currie & Brown, but Currie & Brown said in a statement that the “vast majority” of staff were on a separate group personal pension plan. The final salary scheme is understood to have closed to new members in 2001. Members who have already retired are not affected by the PPF’s limits.

He added that the “vast majority” of trade creditors would be unaffected as the firm’s trading subsidiaries were not placed into administration and were bought outright by Dar Group.

“The group has been experiencing difficulties because the value of the business was substantially lower than the pension deficit,” he said.

“The administration process has enabled the Currie & Brown business to find a suitable home, has enabled all employee jobs to be transferred and for the trade in the operating companies in the UK and around the world to be unaffected.”

McEwan said the firm had been “profitable” aside from the pension deficit and that all Currie & Brown staff had supported the pre-pack and takeover. “We wouldn’t have done this unless we had everyone on board.”

McEwan acknowledged the firm had spoken informally to other firms about possible takeovers before the Dar deal but claimed “we did not look for a sale”.

He said the Dar tie-up was in response to demand for a “more joined-up approach” and international reach from multinational clients.

The Pensions Regulator confirmed it had given the transfer of the final salary pension scheme to the PPF “clearance”.