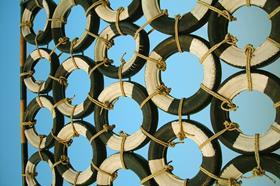 The Ministry of Defence has finally selected the winner bidders for three defence estates contracts worth more than £1bn, some three years after procurement began.

The Ministry of Defence’s (MoD) estate arm, the Defence Infrastructure Organisation (DIO), this week said it had appointed a joint venture between Carillion and Amey to the £626m National Housing Prime contract as well as the £152m Regional Prime Scotland and Northern Ireland contract, and had appointed Landmarc Support Services to the £322m National Training Estate Prime contract.

The contracts form part of the MoD’s New Generation Estate Contracts, collectively worth around £9bn, which have been hit by a series of delays after initially being scheduled to be awarded in 2012.

Speaking to Building this week, Matt Foley, DIO head of future procurement, said the contracts could rise up to 50% above the tender value – bringing the total value close to £1.7bn - depending on how much more work was added to the programme (see box).

He said the long procurement– which has taken more than three years – was due to the complexity and high value of the contracts, as well as the rigorous checks and approval process required, with the procurement vetted by the MoD as well as the Cabinet Office and Treasury.

Foley admitted that “resourcing issues” also contributed to the delays, after the DIO underwent a massive restructuring programme after being required to save £1.2bn across its operations and reduce its head count from 7,000 to 2,000.

He said: “The scrutiny and approvals process is long drawn and no one is more frustrated by it than me, but I accept it is the thing that we have to do given the scale of investment.

“A number of those steps go outside the DIO and MoD – the Cabinet Office have their say, as clearly do the Treasury  - so a number of the delays we have experienced have been outside our control, but it’s not been helped by some resourcing issues [at the DIO].”

The Carillion Amey JV is the incumbent on the current prime housing contract, while Landmarc holds the current training estate contract, but Foley said this had not given the firms an advantage as the new contracts were so different to the existing contracts.

“Clearly having an opportunity to work with us would have helped, but in terms of bidding for the new contact it was an entirely different proposition,” he said.

Foley insisted that the MoD’s appointment of a private sector partner to manage the organisation – a role that was won by a Capita-led team earlier this year – had not contributed to the delay.

He said: “We are  running a going concern here, we’re not an organisation that has gone into paralysis, while we wait for the partner  to come on board … we’ve got to crack on.”

Procurement began in February 2011. A single UK-wide contract delivering repairs and maintenance to Service Families accommodation, including grounds maintenance in England, Wales, Scotland and Northern Ireland. The contract will also provide occupancy management activities such as housing allocations, move-in, move-out services, and the installation of furniture and fittings.Carillion Enterprise is the incumbent contractor on the current housing prime contract.

Procurement began in December 2010. The contract will deliver maintenance and repairs to the built estate. Sites covered by the contract include, RAF Lossiemouth, RAF Leuchars, Kinloss Barracks, HMS Caledonia and Kentigern House in Scotland, and Aldergrove Airfield, Thiepval Barracks and Kinnegar Logistics Base in Northern Ireland.It replaces two separate contracts for the countries, which were held by Turner Estate Solutions, in Scotland, and Henry Brothers and Graham Construction in Northern Ireland.