Revealed: How much Crossrail handed out to builders last year 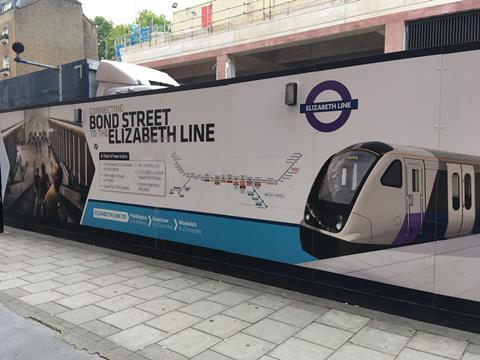 The contractors building Crossrail most problematic station were paid more than any others last year.

Building can reveal the pair were paid almost 30% of Crossrail’s £891m construction spend in 2019.

Crossrail says it has “increasing confidence” Bond Street will be ready to open at the same as the rest of the central section after chief executive Mark Wild had initially said last year it would only be finished once the rest of the line was up and running.

Crossrail has since announced it plans to start running trains on the central section from Abbey Wood to Paddington in summer 2021 – two and a half years late.

Analysis of Crossrail’s 2019 expenditure reveals the £18.4bn project handed construction firms the equivalent of £2.4m a day. By comparison, HS2 spent around £4m a day on construction in just 10 months.

The second biggest earner on Crossrail last year was another Costain joint venture that was paid £185m.

The Costain, Alstom and TSO team is responsible for the fit-out and commissioning of the Crossrail tunnels between the Royal Oak, Pudding Mill Lane and Plumstead portals.

Siemens, one of the firms working on the railway’s complex signalling and software systems, was paid £92m.

Crossrail spent the most money in the four weeks between 1 April and 27 April – paying construction companies £87m across the period.