Violetta Parylo has been with the organisation for a decade

The chief operating officer of the RICS has quit in a surprise move. 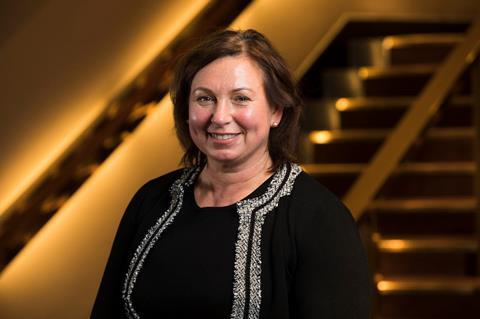 Speaking to Building the RICS said Violetta Parylo had handed in her resignation and will leave the organisation today.

A spokesperson said: “We can confirm that Violetta Parylo, chief operating officer, has decided to leave RICS to pursue other opportunities and will depart on 4 June 2021.

“Violetta has been a member of the executive team for over a decade, in which time she has made a significant contribution to RICS and played a central role in steering the institution and tackling the challenges of Brexit and covid-19. We wish her all the best in her future endeavours.”

According to the RICS Parylo has been ”responsible for the long-term financial strategy of RICS [and] leads the delivery of effective corporate services, including information technology, property management, facilities, legal, compliance, risk and corporate governance.”

Parylo is departing amid a storm of calls from members for the RICS to reform.

The institution has been under intense scrutiny since late last year when it emerged that four directors had been ousted in 2019 for raising the alarm over a 2018 BDO financial report.

At the start of this year, the RICS finally announced plans for two reviews into its operations.

One of these is being overseen by independent QC Alison Levitt and is probing the events that led to the dismissal of the four directors. She is expected to provide her report on her findings this month.

The other review is an investigation into the “purpose and relevance of RICS in 2021 and beyond”, which published its findings last month.

It found that members’ trust in the RICS had plummeted by nearly a third from 81% last year to 58% in 2021, while the number of respondents who said they are satisfied with their membership fell from 63% last year to just 43% this year, a historic low.

The review received over 8,000 online responses while a further 1,000 written responses were also sent in.