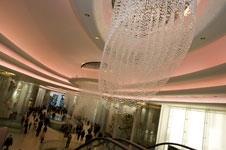 As many as 52% more chartered surveyors reported a fall than a rise in demand compared to 50% in the second quarter of 2008.

All sectors remain firmly in negative territory for the fourth consecutive quarter with the industrial and office sectors dropping to the lowest balance in the survey’s history.

The worst hit area continues to be the retail sector with 59% more chartered surveyors reporting a fall than a rise in retail demand, a slight improvement from 63% in the first quarter.

The continuing financial turmoil and a slowing housing market is clearly weighing upon both retailer and consumer confidence, said the survey.

Oliver Gilmartin, RICS senior economist, said: "The ongoing drag from the credit crunch is permeating through rental sentiment across all regions and sectors, especially in the Central London Office market where recent worry over the health of the hedge fund industry is only adding to the sense of pessimism.

"The intensification in credit strains following the collapse of Lehman brothers will undoubtedly further dampen investment and occupier demand heading into the fourth quarter.

"The opening of the Westfield shopping centre in Shepherd’s Bush arrives at a time when retailers are bracing themselves for what could be a torrid Christmas trading period, with retail lettings activity expected to suffer in the coming quarter."