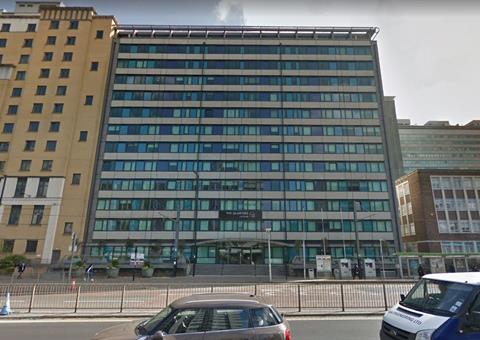 The Quarters in Croydon, an office-to-resi development that has delivered 151 new homes

RICS has warned the government that extending its controversial policy of allowing office-to-residential conversions without the need for full planning permission could result in a higher amount of low-quality housing.

The surveyors’ body said despite housing delivery being high on politicians’ agenda the implications of extending the policy of allowing conversions through the use of permitted-development rights needed to be looked at carefully.

In a new report, co-authored with academics from UCL and Sheffield University, RICS said relaxations of the rules which began under the coalition government had resulted in a higher level of poor quality housing than was the case when full planning permission was required.

RICS said it had examined five local authorities with high rates of office-to-resi – Camden, Croydon, Leeds, Leicester and Reading – and found that fewer than a third (30%) of 568 units delivered through permitted-development rights met national space standards.

Its report urges ministers to amend development tax the Community Infrastructure Levy so that all schemes are liable – potentially making office-to-resi development less financially attractive. Alternatively, it suggests the introduction of new government safeguards, such as minimum space standards, to the prior approvals process to improve the quality of housing delivered.

RICS also calls on developers to give “careful consideration to the wider implications of their schemes on communities and people’s everyday quality of life”.

“However, regulatory safeguards are necessary to mitigate negative aspects of development and to uphold minimum standards. By bypassing regulations, the policy may create more problems than it solves.”

“They look terrible to start with, are subject to terrible work and provide terrible accommodation,” she said.

“I feel sorry for the people who have bought those units. They will be lumbered with a product that’s hard to offload, with high service charges and looks tatty. It’s a real problem. That’s one of the problems of permitted development.”