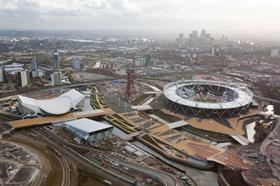 The dispute resolution system used to avoid legal spats on the construction of the London 2012 Olympic park will be offered to the wider market by the Royal Institution of Chartered Surveyors (RICS) from next month.

The RICS will offer the dispute adjudication board (DAB) system - which it helped set up for the Olympic Delivery Authority on the Olympic project - in the UK and globally. DABs consist of one or more qualified adjudicators appointed to oversee a project from pre-contract stage to delivery.

They are designed to identify and resolve disputes at an early stage before they develop into costly legal battles.

DABs have been used in the US construction market since the eighties and are growing in popularity in the Middle East, Africa and Asia, but have so far not gained traction in the UK.

The RICS soft-launched the service in May with seven affiliated DAB adjudicators, but has trained up a further 10 for the September launch. It plans to train a another 20 by the end of the year.

Chris Hill, a partner at law firm Norton Rose, said while there was evidence DABs were “effective at early interventions”, they could be expensive and were not suitable for all projects.