RICS told to be more open, as review into group targets spring publication

The RICS must be more open and transparent, industry figures have said ahead of a report into its future due out this spring.

Former civil servant Michael Bichard is currently leading an independent review into the group which could result in major changes at the 134-year old institution. 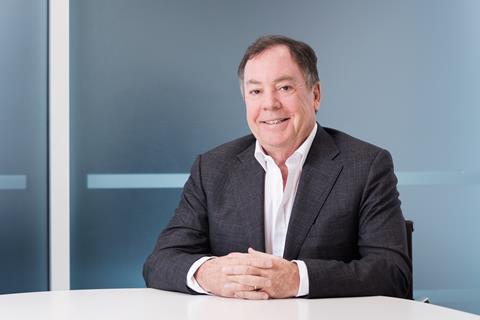 Their departures followed the publication of a damning report by Alison Levitt QC which found that four members of the RICS governing council had been unfairly dismissed after raising concerns about a critical financial report.

Ahead of Bichard’s review, Gleeds chairman Richard Steer said a key failing of the institution under Tompkins was its “introspection and secrecy”.

The RICS needs not only a change of approach but a “major shift in internal culture” if it wanted to be ”seen as more relevant contributors to the creation of the built environment worldwide by a much larger audience,” he added.

Steer said: “Having now been exposed to such public scrutiny and opprobrium in recent months, I do support the idea that there is the prioritisation of an enhanced public facing element of the RICS going forward. It needs to be seen as much more open and inclusive.”

Stephen Hill, director of property consultancy C20 Futureplanners, also called for the RICS to become an institution focused on the public interest.

Hill is acting as the spokeperson of an influential group of property experts including former RICS president Louise Brooke-Smith which is calling for more accountability at the institution.

The group, which also includes the chief executive of developer Igloo, wants a new independent body to be set up allowing the institution’s 140,000 members to hold its leadership to account.

Many members see Tompkins as having focused too much on commercial interests during his 11-year tenure and allowing the interests of members and the public to take a back seat.

The challenge for Bichard, according to Hill, is how the RICS can reconcile its commercial interests with the public interest in a way that “isn’t just window dressing”.

> Read more: Five things you should know about the RICS’ external reviewer

He said: “The question is how would you bring the definition and the thinking about the public interest absolutely into the heart of everything that we do and the heart of the business of the institution.”

“We have to have a good story about what we’re doing, and if we don’t we’re really laying ourselves open to criticism.”

Paul Roberts, managing director in of the Australian division of construction law firm Secretariat, said the RICS had been much more focused on the public interest before Tompkins took over in 2010.

Roberts said he was “entirely in favour” of the RICS becoming a largely public interest focused body, adding: “I’m not in favour at all of the way the RICS has morphed in the last 10 or so years where it has effectively become a commercial operation.

“It wasn’t like that when I joined 30 years ago. It was run by the members, for the members and for the public.”

Bichard was appointed to lead the review into the RICS in December last year with a six-month timetable for completion.

The institution said the review’s objectives are to “create clarity” about the RICS’ purpose, to make proposals for the future to make the organisation a “beacon for best practice” in governance, transparency and accountability and to ensure that governance structures, culture and resources are “fit for today” and relevant in the future.